UK and India have agreed to strengthen their collaboration on clean transport and related infrastructure in their 2030 roadmap. As part of the COP-26 zero emission vehicles (ZEV) transition, the UK Government is working with stakeholders across India to support activities that can make the transition faster, more affordable, and available to all.

The UK-India Electric Mobility Accelerator Awareness Campaign is part of this programme, funded by the Foreign Commonwealth Office. The main stakeholder of the project is NITI Aayog, Government of India and it has been delivered by PricewaterhouseCoopers, India, and Cenex in the UK.

The challenges were as follows:

The project focussed on opening a dialogue with three ‘EV Lighthouse’ cities in India, part of nine who will lead the way with e-mobility in India.

Cenex approached the UK councils of Coventry city, Birmingham and Transport for London to pair them with the three Indian cities for a KEP, and arranged three webinars for each partnership to take place in March 2022.

PwC designed strategic roadmaps for the three cities’ ZEV transition. Cenex provided best practices and reported the work done in the UK by Coventry, Birmingham and Transport for London.

The progress made by Coventry on transitioning their bus fleets to electric, Birmingham’s clean air zone and TfL’s ULEV zone, electric taxis and rapid hubs programme provided a lot of learnings which were relevant to the roadmaps for the three Indian cities. 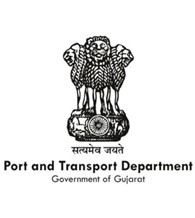 The webinars are the start of the Knowledge Exchange Partnership between the three pairs and focussed on introducing each other’s journeys to the ZEV transition so far.

The webinars were highly successful and promoted collaboration between UK and India that will continue long after this project is complete.