The world’s largest domestic V2G trial has found that customers could earn up to £725 per year. However the cost of hardware needs to reduce further to be a more attractive proposition, despite falling significantly over recent years.

Four UK businesses came together to develop the world’s largest rollout of V2G in customers’ homes to accelerate the transition to electric vehicles and solve one of the biggest challenges of integrating electric vehicles onto the grid. The V2G devices are aggregated and optimised by Kaluza’s intelligent energy platform to charge at the greenest and cheapest times, and export energy for grid balancing services that generate earnings for customers.

Partners of Project Sciurus, funded by BEIS and OZEV, calculated that V2G technology could save customers £340 compared with £120 when using one-way smart charging. In addition, by enabling the V2G chargers to provide grid services via Kaluza’s smart platform this figure rises to £513 for Firm Frequency Response (an increase of £29/kW) and £725 for Dynamic Containment (an increase of £64/kW).

The “Project Sciurus Trial Insights: Findings from 300 Domestic V2G Units in 2020” report, released today by Cenex at the conclusion of the three-year project, analyses the plug-in behaviour of the participants and assesses the value that could be made from the V2G portfolio through different revenue streams. It is based on 320 V2G units installed with 141 participant survey responses.

“This hugely ambitious project combined experts in energy, transport, and infrastructure to develop a real-world domestic solution for V2G and install hundreds of units in people’s homes across the UK.

“The participants in the trial have really embraced the technology which shows just how far it has come in the last few years.

“I am excited with the prospect of V2G becoming more widely adopted and offering valuable energy system flexibility in the coming years.” 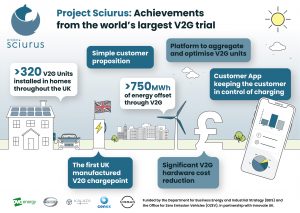 Some of the key findings include:

The trial alleviated the vast majority of participants’ concerns regarding V2G technology including: battery degradation, reliability and costs; and participants reported that it was important to them that their next EV had V2G capability, demonstrating that customers are ready for a V2G proposition.

“In 2018 we unveiled the world’s first widely available, domestic vehicle-to-grid charger, proving the technology to electrify transport across the UK is here today. Over the past couple of years we’ve enabled our members to store energy in their cars, use that to power their homes and to sell energy back to the grid at peak times, ultimately allowing our members to earn rewards from smart charging their electric vehicle. We hope this trial acts as a blueprint for wider adoption to ensure we collectively unlock the huge environmental opportunity that electric vehicles offer.”

“Balancing electricity supply and demand is becoming increasingly challenging as we ramp up generation from intermittent renewables and electrify transport. V2G is a compelling example of how intelligent electric car charging can create significant financial rewards for customers, while enhancing the resilience of the grid as we transition to net zero. The trial has provided some of the earliest insights into how the technology works in the real world and what is needed for it to be rolled out at scale. The V2G opportunity is a hugely exciting one which we are actively exploring here in the UK and internationally.” 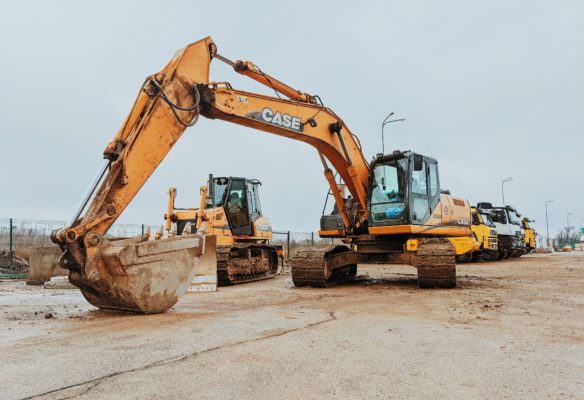 The manufacture and operation of red diesel vehicles is... 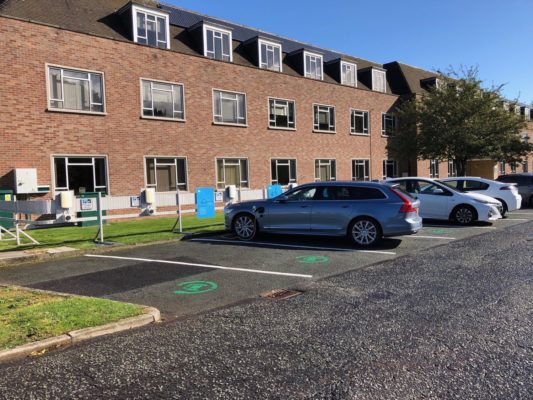 Moving Away From Grey Fleet

Removing grey fleet is not an easy task, and... 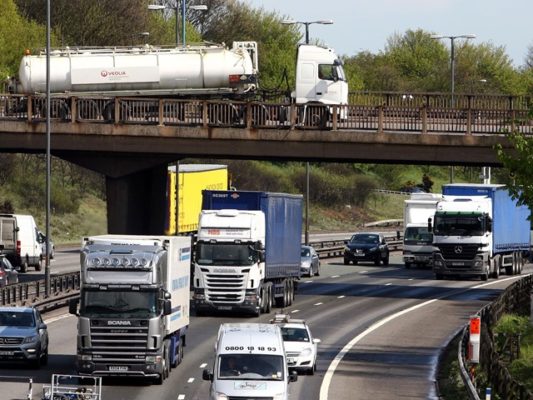