The UK could soon see a revolution in how we charge electric vehicles on our streets, as the Transport Secretary today (17 January) announced £3.4m will be invested in trials for wireless charging of electric taxis in Nottingham.

Wireless charging at taxi ranks could provide an alternative to plugs and chargepoints, meaning multiple taxis could recharge at once – supporting drivers to charge up more easily and reducing clutter on our streets.

As more and more people make the switch to electric cars this new technology could also be rolled out more broadly for public use, helping every day drivers of electric vehicles charge even more easily on the go.

Electrifying taxi fleets in congested city areas is crucial to bringing down transport emissions and cleaning up our air, but taking the time to charge could reduce a taxi driver’s earning potential.

Read more: Why it’s win-win for wireless charging in taxis

Installing wireless chargers at taxi ranks offers drivers the chance to recharge whilst waiting for their next passengers, so they can help the environment and get on their journeys more quickly. The technology, allowing for shorter and more frequent bursts of charging, will also benefit cars with smaller batteries – ending ‘range anxiety’ for the drivers of these cars.

“Taxi drivers up and down the country are at the vanguard of the electric vehicle revolution, playing a leading role in reducing air pollution in our city centres where people live, shop and work.

“New wireless technology will make using an electric taxi quicker and more convenient, allowing drivers to charge up at taxi ranks before heading off with their next passenger.”

“Cenex is delighted to be leading a consortium that brings together the best of UK and global business with local government and universities to trial and test wireless charging technology on electric taxis.

Cenex will use its expertise to support the development of an investment ready business case that puts the UK at the centre of low carbon vehicle revolution.”

“Charging technology, including wireless, is vital in giving consumers confidence to make the switch from petrol to electric cars. This pioneering trial in Nottingham, and others like it, will help us take crucial steps towards lower emissions and cleaner air.

“We are determined to end our contribution to global warming entirely by 2050 – and delivering cleaner and greener transport systems is a key part of this”.

“Nottingham is excited to host the trial of this new type of innovative charging technology, keeping us ahead of the pack, and helping to promote cleaner taxis in our city and potentially take us a further step forward towards our goal of being carbon neutral by 2028.”

Ten Nissan and LEVC electric taxis in Nottingham will be fitted with wireless charging hardware for six months to trial taxi rank based charging. The project, a collaboration between organisations including Cenex, Sprint Power, Shell, Nottingham City Council, ParkingEnergy, Transport for London and Coventry University could speed up charging and help reduce congestion in city centres. Nottingham City Council will own the vehicles and provide them to drivers rent free. If successful, this technology could also be rolled out more broadly for public use, helping every day drivers of electric vehicles charge even more easily on the go.

Electric taxi drivers have already benefited from measures including the exemption of zero-emission taxis from the higher rate of vehicle excise duty, and £20 million for 27 local authorities to install electric taxi chargepoints across England and Scotland. The Government is also offering a £50 million grant fund that provides drivers with up to £7,500 off the price of a new eligible purpose-built taxi.

Today’s announcement of the trial follows nearly £40m funding announced in July 2019 for the development of electric vehicle charging technologies that could rapidly expand the UK chargepoint network for people without off-street parking. 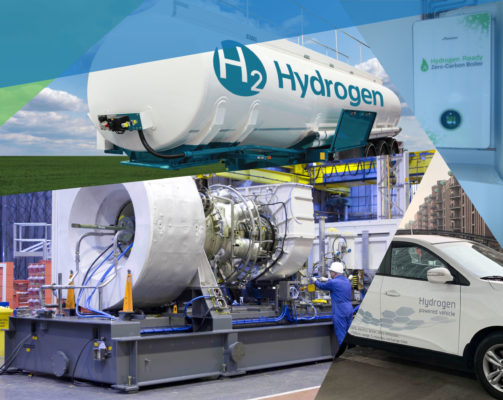